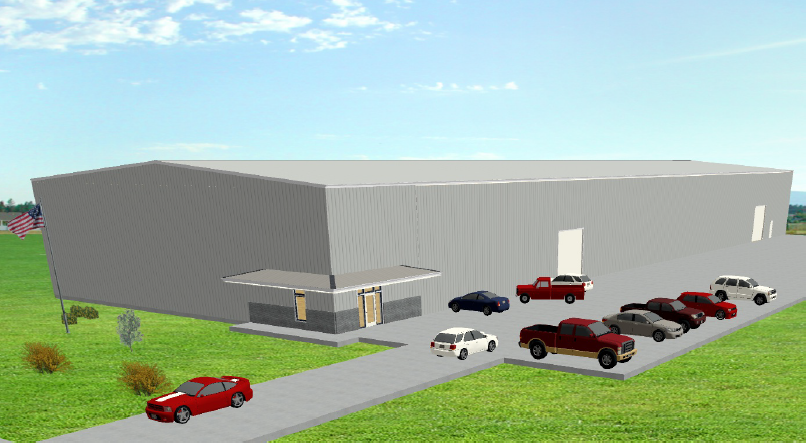 FAIRFIELD, Iowa (March 26, 2019) – Groundbreaking took place today on construction of a new 30,000 square-foot shell building in Fairfield’s newest business & industrial park. Fairfield Economic Development Association (FEDA) announced the facility will be located on a three-acre parcel within FEDA’s 61-acre Business & Industrial Park and will be marketed to businesses considering expanding within, or relocating to, Fairfield.

“We’ve had companies look at Fairfield, but we didn’t have the available building stock with the matching needs,” said FEDA’s executive director, Joshua Laraby; “some of the main issues have been low eave heights and limited clear span construction with existing buildings,” he added.  The location is prime for business, being adjacent to the Highway 1 – Highway 34 interchange on Fairfield’s southside.

The project is a culmination of discussions which began in early 2016, to position the City of Fairfield for further growth and creation of new jobs.  With the advisory support of Iowa Area Development Group (IADG), by August 2016, a 28E partnership agreement was formalized between FEDA and The City of Fairfield, Jefferson County, Access Energy Cooperative, and Northeast Power. Laraby says a strong partnership has made the new park shovel ready.

FEDA purchased the most recent 55 acres in 2015, with intent to develop the site into a new Business and Industrial Park.  By 2016 FEDA had completed bringing sanitary sewer infrastructure to site with the assistance of a low interest loan from Access Energy Cooperative’s revolving loan fund. Later that same year, Access Energy Cooperative invested in bringing 3-phase electric to the site – positioning the site for commercial and industrial development. FEDA also partnered with CR Signs of Cedar Rapids to bring a new community-impact billboard along Highway 34, bringing more exposure to Fairfield.  Last year, 227th Street was newly paved with the assistance of the City, County, and an Iowa DOT RISE Grant.  Shortly thereafter, the United States Department of Agriculture Rural Development awarded Access Energy Cooperative a $300,000 grant, plus $60,000 in matching funds from the Cooperative, for the Fairfield shell building project, which in turn is available to FEDA in the form of a loan.

“Breaking ground today on a new industrial building in a new industrial park is exciting, as FEDA and its partners open another era of providing the infrastructure necessary for local business to grow.  We thank our partners: the City of Fairfield, Jefferson County, Access Energy Cooperative, Northeast Power and Iowa Area Development Group for their cooperation and support for this project,” said Tim Kuiken, FEDA Board President.

Schaus-Vorhies Contracting of Fairfield was awarded the bid for General Contractor for the project. The 100 x 300-foot steel frame construction will boast a 27-foot eave height and will be manufactured by CECO Building Systems in Mt. Pleasant, Iowa.

Kevin Wheeler, General Manager/CEO for Access Energy Cooperative, said, “Access Energy Cooperative and Northeast Power are pleased to partner with the Fairfield Economic Development Association, Jefferson County and the City of Fairfield to bring this building to fruition.  One of the key pillars upon which we are grounded is commitment to community, and we take great pride in assisting with economic development in southeast Iowa.  This project allows us to bring new development to this area, with great visibility to Fairfield.  We look forward to working with the partners in showcasing Fairfield and Jefferson County.”

The construction of the shell building is expected to be completed by September 2019. Businesses requesting more information about the shell building or other opportunities within the industrial park can contact Joshua Laraby, FEDA Executive Director at 641-472-3436 or Joshua.Laraby@growfairfield.com 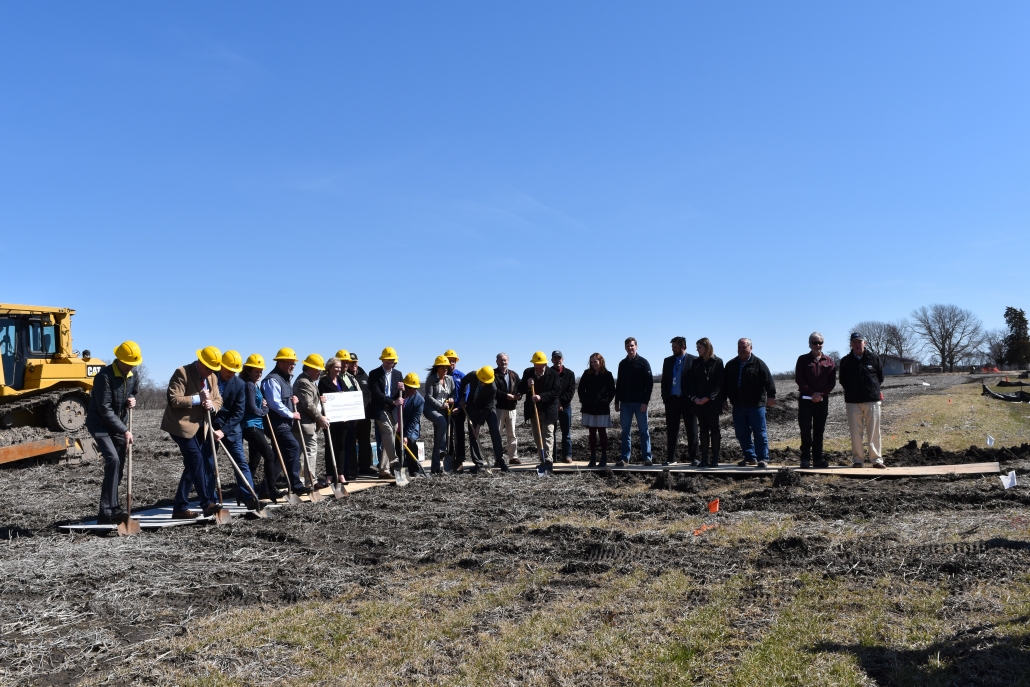 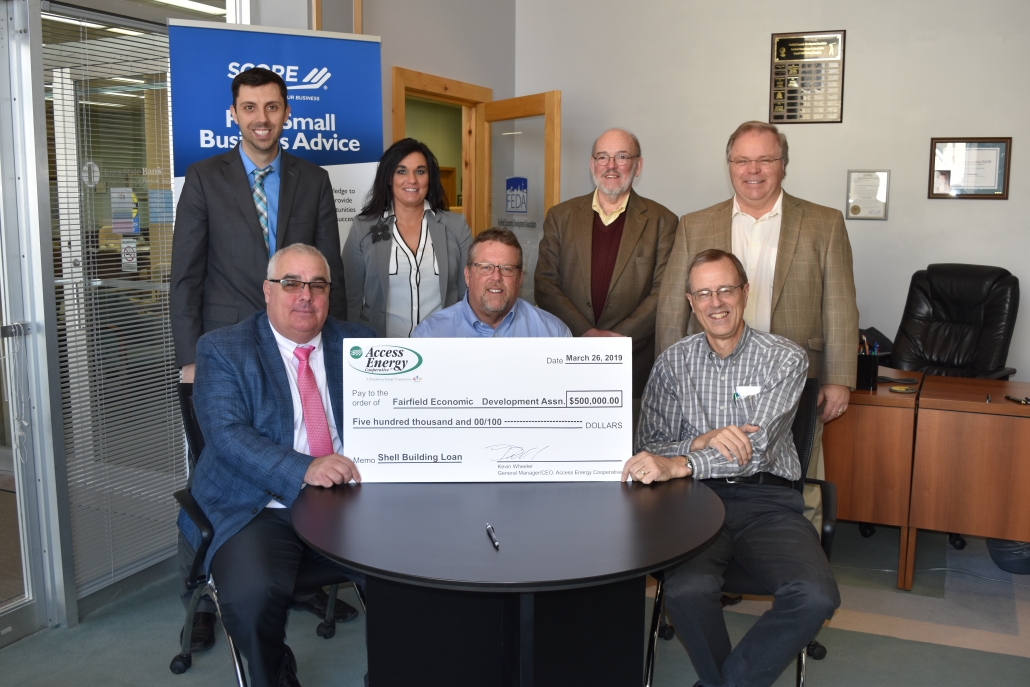 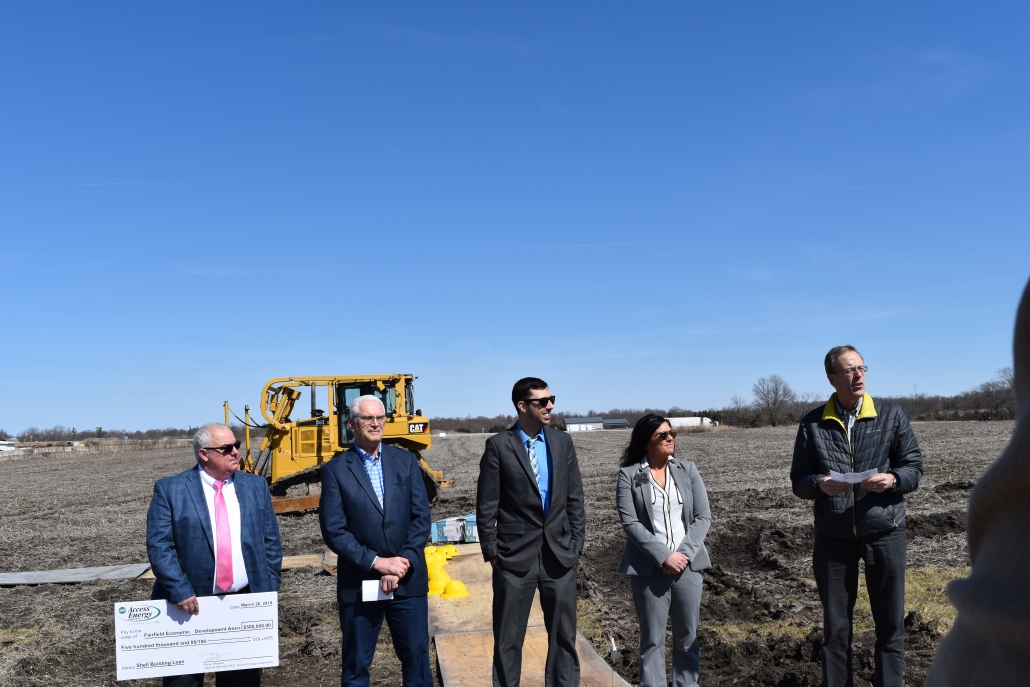